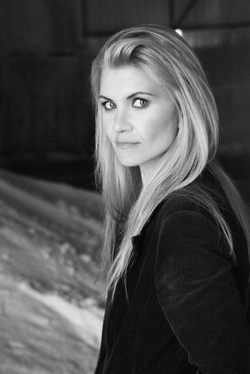 Kadri is a multi award-winning Estonian writer, director and adventurer.

Her media debut started at the age of 13 writing and drawing cartoons and comic strips for newspapers. She has since published numerous film, literature and music-related articles, as well as bestselling novels EGO (2001), FREE RISE (2004) and ALFA (2011) in Estonia. She has also worked as a radio-DJ and TV-host, and has a university degree in Spanish language and literature.

Her debut feature MAGNUS (2007), about a father trying to help his suicidal son, was the first Estonian film ever to be included at the official selection of Cannes Film Festival (Un Certain Regard). MAGNUS toured successfully in tens of film festivals around the world (including Rotterdam, Warsaw, Busan, Thessaloniki, Sarajevo, Moscow "Tomorrow“, Seattle, Vancouver) and won main awards in Prague Febiofest and Wiesbaden's GoEast.

Kadri's second film THE ARBITER (2013) premiered internationally in competition (East of the West) at the Karlovy Vary International Film Festival. Being the first ever English language film directed by an Estonian filmmaker and represented by the Scandinavian sales company The Yellow Affair, the film sold to more than 20 countries in Europe and Asia.

In 2013, Kadri was also selected to the experimental CPH:DOX LAB program and shot a 30-minute long feature AUSTER in Spanish (in collaboration with the Argentinian director Maximiliano Schonfeld).

Her third film MOTHER (EMA) (2016) premiered in the international narrative competition of Tribeca Film Festival in New York and was the Estonia’s official entry to the foreign language Academy Award.

She is currently working on her next feature film project DEAD WOMAN, a modern kidnapping story, with producer Aet Laigu. The film is their fourth collaboration.