On an assignment to the abandoned, lawless and apocalyptic Sinai coast a Swedish photo journalist Ingrid (Frida Westerdahl) is kidnapped by a gang of Palestinian men and hidden in the desert.  Soon Ingrid finds herself falling in love with the most sympathetic of the abductors, Ali (Ali Suliman).  Ali's boss Moussa suspects that something is going on and becomes increasingly dangerous.

"This is a film about an all-conquering love between people from completely different cultural backgrounds who find each other in the desert. It is in the desert where the soul becomes naked and what really matters comes to the surface," describes Kadri Kõusaar. 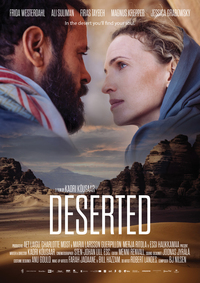